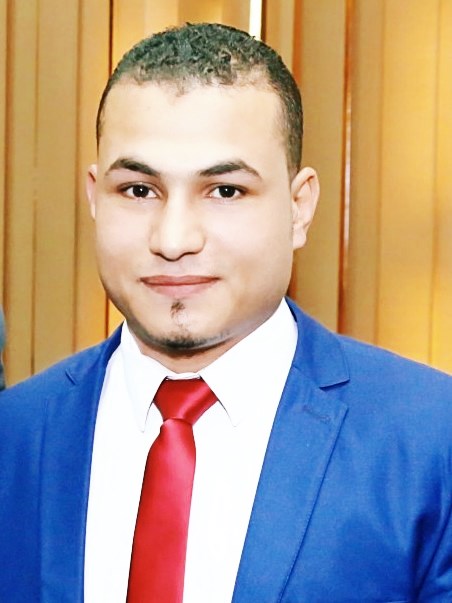 Some text in the modal.

Qualifications: Bachelor of Arts (Islamic Archeology) - May (2014AD) role with a very good overall grade (first installment) Pre-Masters in Arts (Islamic Archeology) - May Role (2015AD) - Master of Arts (Islamic Archeology) majoring (Islamic Architecture) in the subject of (Military Warfights in Muscat, Sultanate of Oman) "A comparative analytical study" with excellent grade, with a recommendation to print the letter at the university's expense and exchange it with other universities in December 2018. Educational diploma in pedagogical teaching, Faculty of Education, Assiut University, September 2018 - TOEFL Certificate in English Language (EPE), Minia University 2018 A course in research rules in global data - Minya 2016 Publications and scientific research: - The Book of Military Warfare in Muscat, Sultanate of Oman, (2019 AD), The Arab Nation Foundation for Printing and Publishing, First Edition, Cairo - Arab Republic of Egypt. Architectural Heritage in the Dhofar Governorate, Sultanate of Oman. Research published in the Journal of the Faculty of Arts, Minia University - the number of December 2018. - Mutrah Castle (Arabic-style Omani origin) (in English), research in progress - in the Omani History Castle magazine - June 2019 issue - Muscat - Sultanate of Oman. - Architectural planning strategy for defensive buildings in the Sultanate of Oman, a joint research paper in the 2019 Arab Archaeologists Union conference. Defensive Architecture during the seventeenth and eighteenth centuries in Oman, a book under publication this year 2019. Honors - honored in the Arab Archaeologists Union in 2014 for the Professor Dr. Gamal Abdel Raouf Award for the first class in the Department of Archeology, Faculty of Arts, Minia University. Articles published - (Qurayyat Fort), a tightly defended, defensive civilian model within the defenses of defensive architecture in the Sultanate of Oman, article published in the Omani Atheer magazine, dated 01/15/2019 - Al-Jalali Fortress (995 AH / 1587 AD) Secrets and facts of the fortress hidden from the eyes of visitors. - The walls of Muscat were built before the arrival of the Portuguese and the current wall was built with pure Omani hands, an article published in the Omani magazine, on 2/2/2019. - Al-Dhofari Laban, and its role in linking civilizational relations between the Sultanate of Oman and the civilizations of the ancient world. Article published in Atheer magazine, on 10/2/2019. The ancient city of Al-Baleed, a rich architectural heritage in the south of the Sultanate of Oman, an article published in the Atheer magazine, on 2/3/2019. - Al-Mirani Castle, behind Qasr Al-Alam, an Arab-style defensive fortification. - Jabreen Fort, a distinctive architecture in the era of Al-Ya'ariba, an article published in Atheer magazine, Oman-6/4 / 2019AD. Omanis professors of defensive architecture in eastern Arabia since ancient times. Article published in Atheer magazine, Oman-25/4 / 2019AD. Doctorate registration: - His doctoral degree in Islamic antiquities was approved for the subject of (general features of planning and architectural elements in defensive buildings in the Sultanate of Oman during the Islamic era) in March 2019. إرسال تعليقات السجلّ تم الحفظ المنتدى